History is funny sometimes. Many things that you take for granted in the present day almost certainly had a deeper, more significant historical origin.

Take Ottawa’s giant annual Canadian Tulip Festival. Every spring, the city becomes home to a literal million tulips all around its more picturesque parks, streets, and waterfronts. Looking at the flowers from afar (and from up close), it feels like cascading waves of flowers are just washing over you. It’s absolutely stunning.

And even if there were no deeper meaning, it’d be something worth seeking out just for the visual experience (clearly, people agree with us, since hundreds of thousands of people flock to Ottawa every year for this festival). But the history of this festival is a tale that’s as grand as the sea of flowers themselves.

As it turns out, the festival has its origins in World War II. This all began when  Princess Juliana of the Netherlands fled to Ottawa following the Nazi invasion of her country. During this exile, Princess Juliana gave birth to Princess Margriet, her third child. In this moment, Canada extended a grand gesture: A section of the Ottawa Civic Hospital (i.e., where Princess Margriet was born) was proclaimed as Dutch soil, thereby preserving the princess’ Dutch nationality. 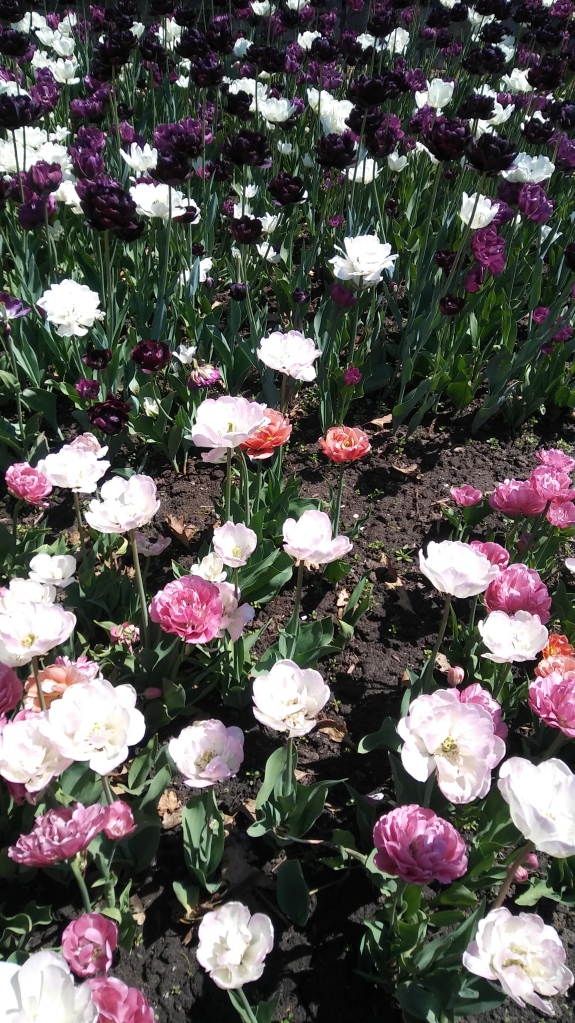 Following the war, Princess Juliana returned home. To thank Canada, she sent many gifts, among them 100,000 tulips. Since then, the Dutch royals have sent Ottawa a yearly complement of tulips in what has come to be known as the “Tulip Legacy”. In 1953, this whole passel of tulips and tulip giving became the annual Canadian Tulip Festival, and tulips have since become Ottawa’s official flower.

So, getting back to the present moment, we found ourselves in the national capital on a bright, sunny morning in May. The drive in from Montreal was quick and uneventful, and we knew we’d gotten to at least one of the tulip places when we finally encountered our first genuine bit of traffic (it’s still nowhere near as congested as it would be on Canada Day; just veeeery slow-moving).

When we finally parked, it was near Lansdowne Park, one of the sites of the many, many tulip beds. We won’t lie: The place was packed. We saw couples, large groups of tourists, seniors, children, and families with toddler and teens alike just gently moseying on flower to flower, snapping pictures or just getting in really close to flowers they found especially compelling for a good long look.

Having said that, it was still easy to move from one flower bed to the next. Although there were many tourists (and probably many locals as well), it felt like people had adopted the stereotypical Canadian politeness for the tulip festival. Then again, people who purposely take time out to view tulips aren’t exactly known for being pushing and rowdy 😛 . 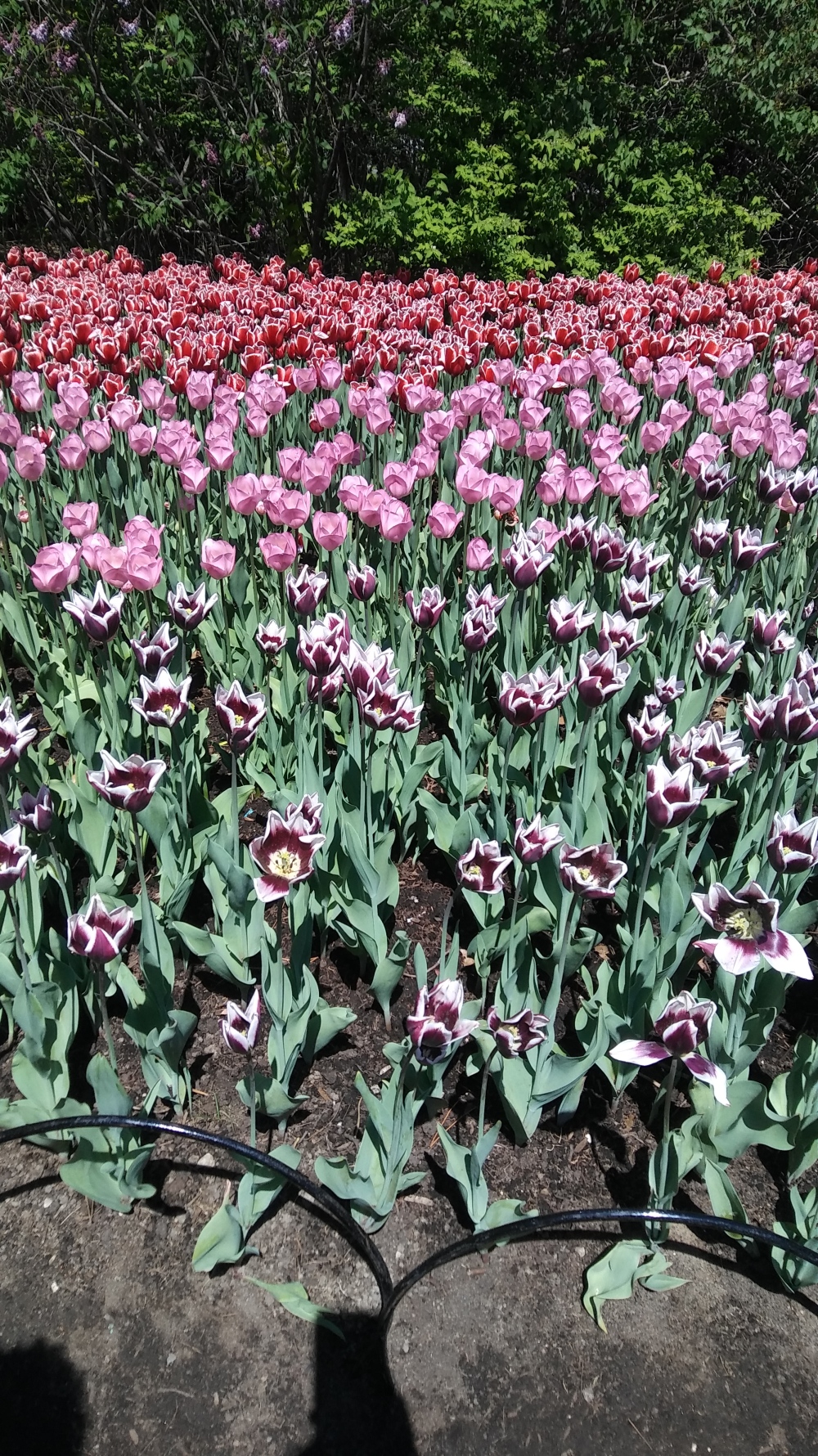 We were carefree in our stroll, going from one flower field to the next. When we came to the end of one major field of tulips, we got in our car and moved on to the next one. And it was always the same little experience: Vast fields of tulips rooted in parks, bike trails, and picturesque public places. All the while, large crowds of people from all stripes and walks of life were taking in nature and admiring the multi-hued splendor on vivid display.

And that’s about it for description of the festival, to be honest. It’s a beautiful, beautiful showcase of a virtual tidal wave of tulips. You could literally spend an entire day walking up and down the many spots where tulips bloom, enjoying the view in quiet contemplation, or better yet, in good company with good conversation 🙂 . So when spring next comes, keep this tulip festival in mind if you want a small, quick getaway with friends or family or that special someone.

As such, we’ll just close off with a thought that occurred to us as we took in the tulips: Ottawa may not be top of mind when you think “romance”, but the Canadian Tulip Festival is a wonderful place for couples who want to tiptoe through the tulips ❤ . 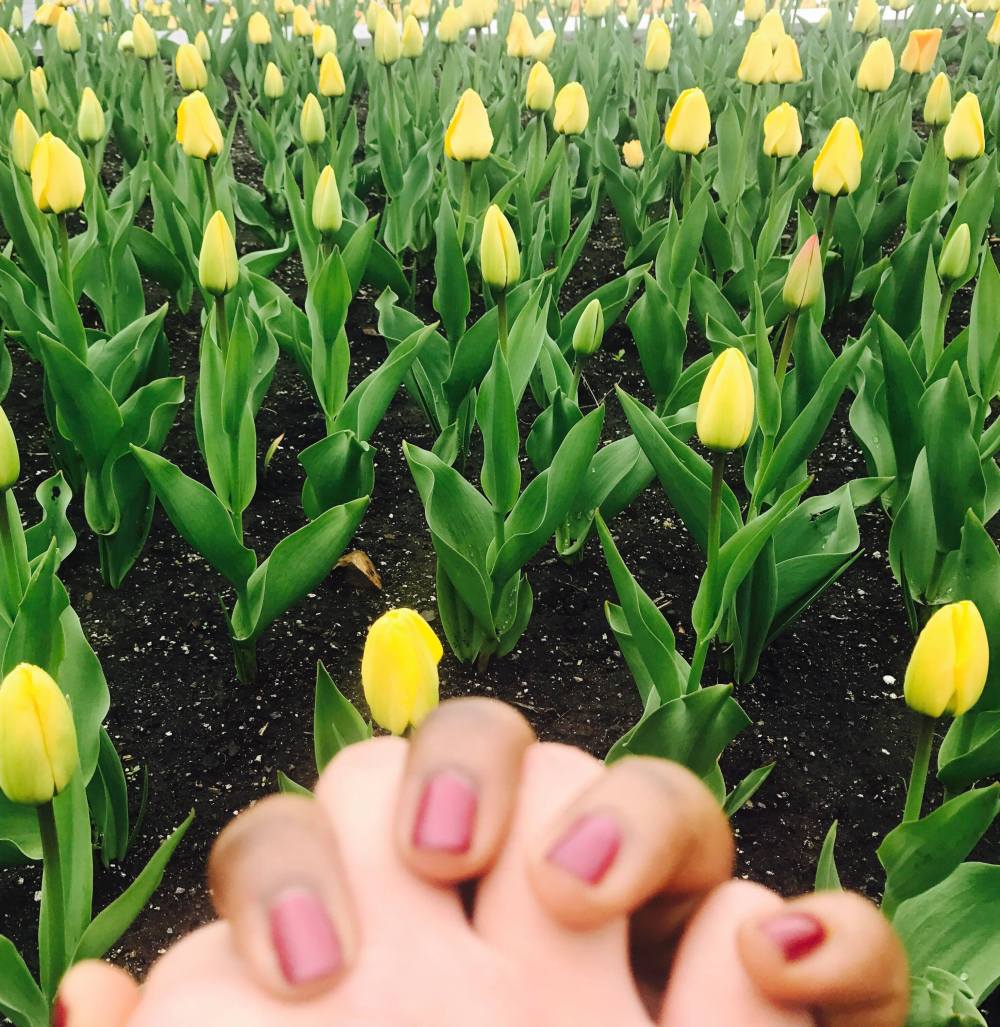 How to find tulips during the Canadian Tulip Festival