Our first day in Valencia was spent searching through the city’s halls of higher learning. What was Day 2? Well, given that we’re history buffs, we decided to roam along the Turia Gardens – roughly 9km of beautiful park, trails, and attractions that were created after the River Turia was diverted some 3km away in 1973.

How did this river diverting come about? Well, in the 700 years prior to the 20th Century, the river had been recorded as having overflowed its banks some 75 times. And then, on October 14, 1957, the Great Flood of Valencia happened.

This was a catastrophic event – the river overflowed and flooded Valencia with hundreds of millions of cubic meters of water. Some streets were five meters under water, and many parts of the city sustained heavy damage. By far the greatest tragedy of this event, however, was the loss of life. At least 81 people died in this calamity.

Other Spanish cities offered their aid, but were cut off by the flood itself. Reconstruction and a return to normal took some time. And so, when all was said and done, it was decided that enough was finally enough – the government decided to divert the river’s path far away from the city. They further decided to build an urban pedestrian thoroughfare over the old site of the river. Overall, it was a massive project, taking about 10 years to complete. 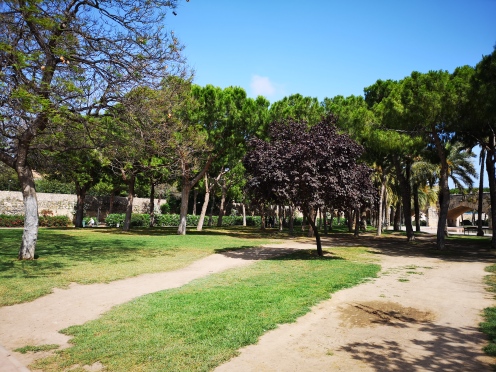 All trees, all the time

And it’s this project that’s now known as the Turia Gardens – a wonderful place for local and tourist alike to enjoy and admire. Which is what we did!

On our very first day, we already noticed the garden from afar. Since the garden is basically one to two stories below street level, we saw the paths that ran along the garden when we walked over an overpass and looked below. From there, we could see runners, dogs, and police patrolling on horses moseying along the garden. We couldn’t wait to check it out!

So, on Day 2 of our trip, we found the stairs to the garden nearest to us, went on down, and started walking along the garden. Goodness, was it ever expansive! For reference, here’s a picture of basically just half the width of the garden at one point:

Pretty wide right? Now imagine nearly 10km of this! Just a nice, long stretch of sun-kissed nature, right in the heart of a modern city!

A bridge in the Garden 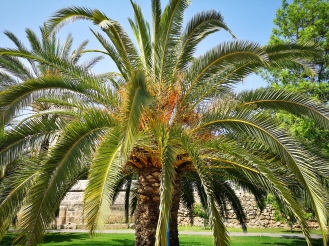 One of many art installations

We walked along the garden for hours, from daylight straight into nighttime. Although there was a lot of variety to the trees and setup, much of it could be described pretty simply: There was a lot of green, a lot of trails, and a lot of happy people biking, running, walking, sunbathing, or just plain relaxing :).

A happy, happy Mariam (it’s summer and it’s sunny and we’re in Europe – why wouldn’t she be happy? 😛 ) 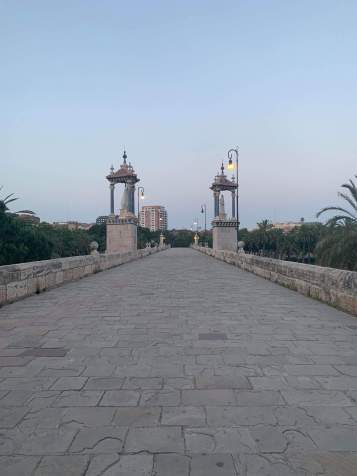 A saint offers his blessings

We happily strode along the main walking path, and admired the many, many, many trees that covered the whole trail. We stopped at every bridge (we came across) that crossed the garden to see whether there were any interesting sculptures or art installations on it. There were so many bridges that we lost count (although guidebooks say that there are 17 such bridges), and quite a few of them had some notable features.

Among our favourites were the bridge that’s just plastered with red-hued flowers, a huge white bridge under which people were practicing dance moves (seriously, it felt like an 80s music video was taking place), and a bridge “guarded” by ugly gargoyles (they’re disturbing in daylight and even more dreadful at night)! 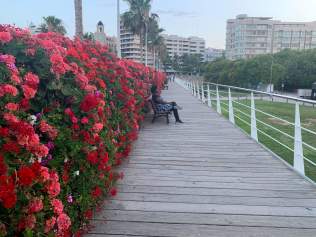 Mariam on the Bridge of Flowers

Beyond that, there were some intriguing buildings that were situated inside or right next to one of the garden’s entrances. These included: 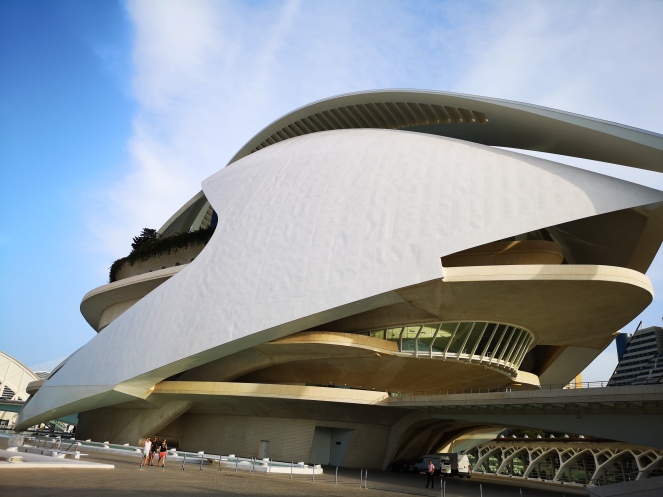 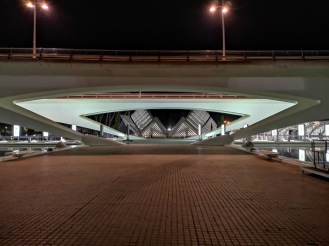 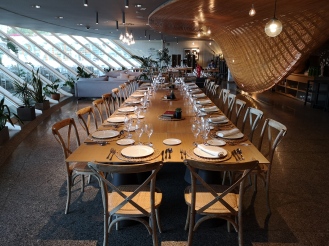 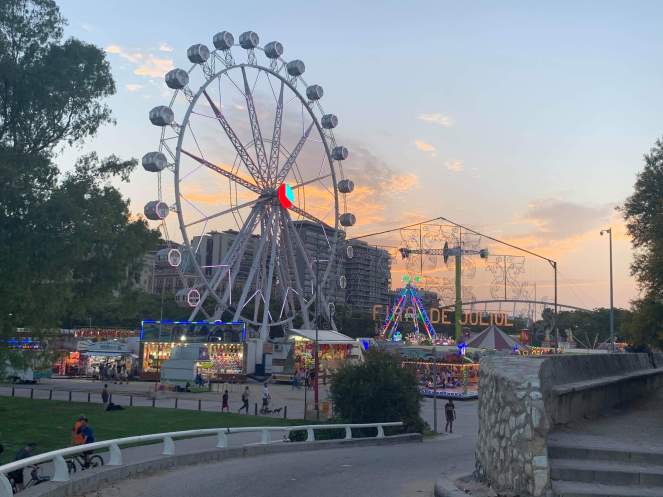 An entire amusement park in a garden

We cannot get over just how gorgeous and revolutionary this whole garden is. The Great Flood of Valencia was a terrible, terrible tragedy, but we’re glad the people of Spain found the courage and vision to take that tragedy and build something magnificent out of it. We most definitely recommend you check it out!