Skip to content
We’re Getting Married… In ADDIS ABABA! Well, after being a happy couple for a few years, we’re about to take the next big step in our lives: We’re getting MARRIED. And, just because that’s not a big enough deal, we’re getting married in Addis Ababa, the capital city of Ethiopia! [Mariam: For me, this is a real homecoming. I grew up here, many of my friends are here, and half my family is here. Naturally, my wedding would have to be here 🙂 .] [Henry: As for me, I never imagined that I’d have a wedding on another continent. And now that it’s about to happen, my excitement for it is pretty frankly stratospheric. Here, in one fell swoop, I’m going to get married and visit Ethiopia for the first time (and by extension, Africa for the first time). I. Can’t. Wait. 😀 ] Since we’re going for a month, exceptionally, our writing about our trip will be in several parts. Today, we’re just going to share with you our experience of the first few days. Let’s get started! Tons of Luggage, and Eating City-Appropriate Foods in the Airports Did we mention we’re going for a month? We are. That’s why we have a TON of luggage. Taking it all to the Pierre Elliot Trudeau Airport was a bit of an undertaking, so we followed the advice of Henry’s father and got there three hours before our flight. 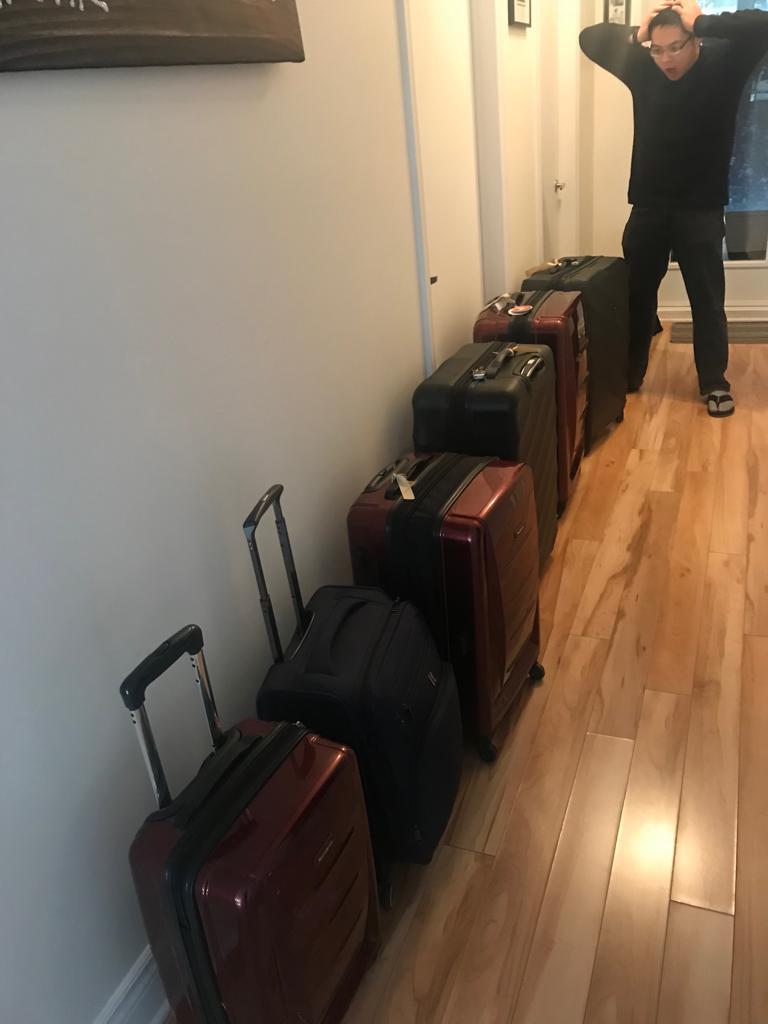 Are we travelling…or MOVING?! How’d we pack so much luggage? That turned out to be the right choice, since it turned out that our luggage was just a biiiiiit too heavy. We spent a solid 20 minutes at check-in rearranging our luggage, throwing away packaging we didn’t need and playing clothing Jenga (or is that Tetris?) till our bags made weight. After that, we ate tacos and a Cuban sandwich at a food truck (yes, you read that right – Montreal has food truck festivals and a food truck in the airport of all places) and then flew. 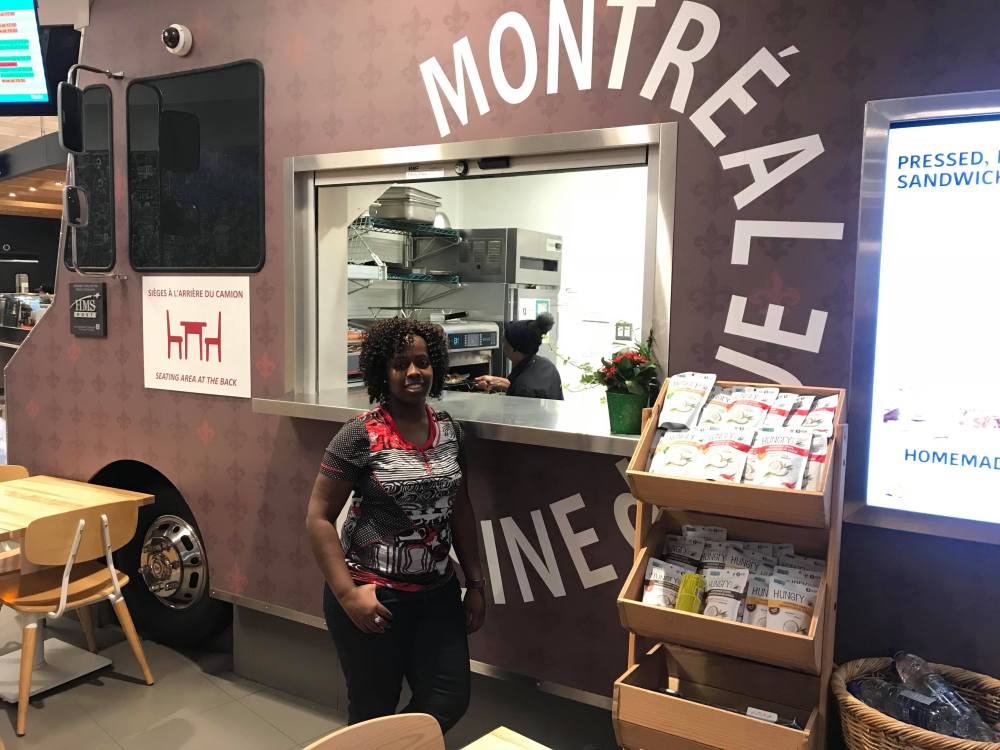 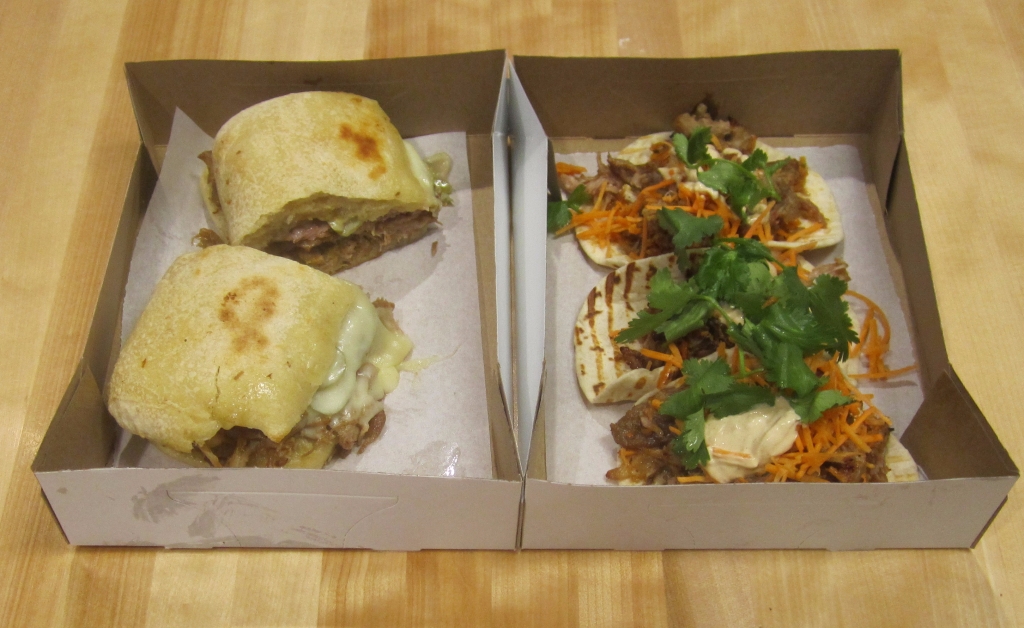 A cubano and tacos… from an airport food truck? 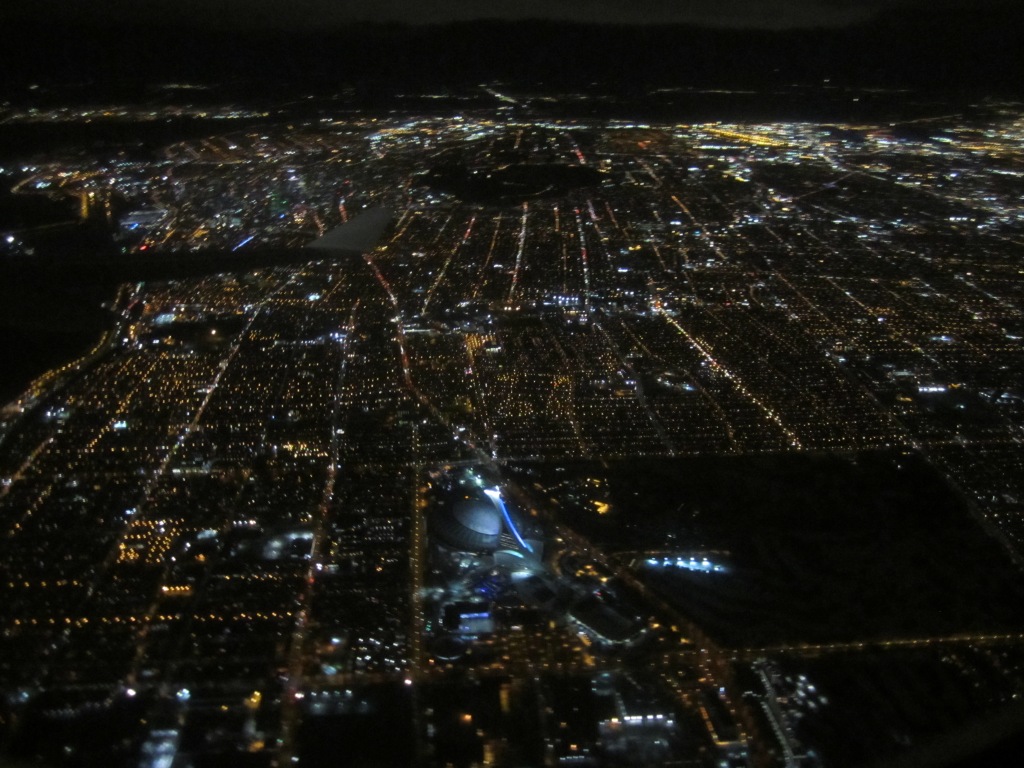 Montreal at night from high on up! We landed in Frankfurt for our layover, where we had sausages (because hey, if you’ve only got a few hours in Germany, you’d better have sausage and/or beer! After that, it was back on the plane for the second half of the flight! 6.5 hours later, we were there. 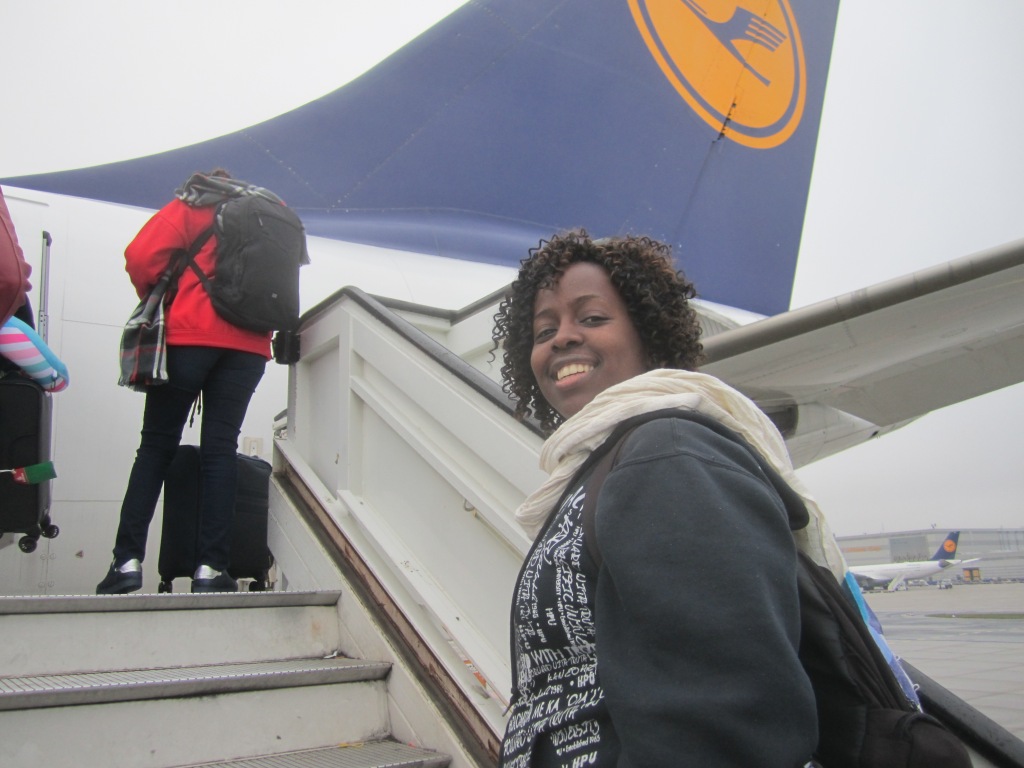 Boarding a Lufthansa plane All told, it was 19 hours from boarding the first plane till the second we landed in Addis. It was exhausting. Fortunately, Mariam’s mom, along with many of Mariam’s aunts and uncles, were there to greet us! It was a wonderful welcome :). They drove us to where we were staying, where we slept. Henry’s First Impressions of Addis Ababa [Henry: I’ve now travelled a quarter of the circumference of the earth. Over 10,000 km between Montreal and Addis Ababa, and all done in just 14 hours of flying (why can’t we drive at that speed?!). The first thing I noticed upon setting foot in the night air of Addis Ababa is just how warm this place is. When I got on the plane, I was wearing layer after layer of clothing because, well, it’s winter in Montreal, after all. When I got out of the airport in Addis, I was wearing a thin white t-shirt, and I was more than fine. The night breeze was a pleasant contrast to the nice warmth of the city. The locals were dressed much more warmly, however. The next day, I went out for the first time in the city (with Mariam, of course). The sun shone very brightly, and it was 25 degrees Celsius in the daytime. I was immediately struck by how much busier the streets were than in Montreal. Cars and trucks could be found on every road and in every alleyway – right between long, long streams of pedestrians all going about their daily lives (more on that in a later post). 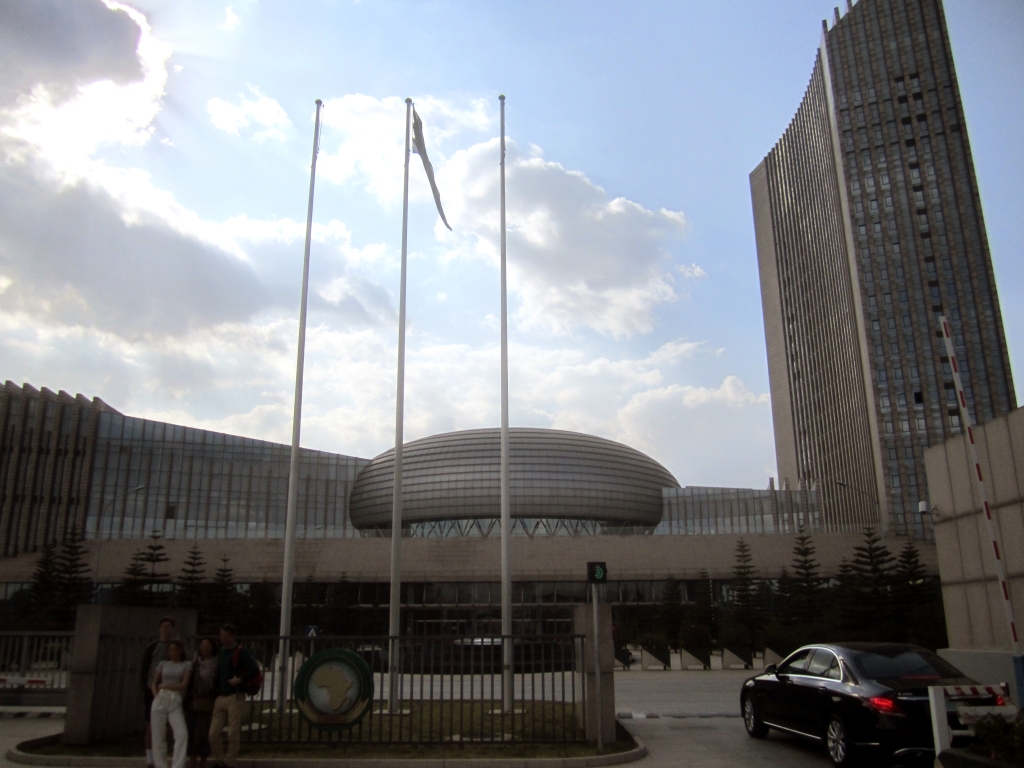 Because we were still jet lagged, we just took it easy, and capped off an initial day of gentle walking with a nice little cappuccino at the Nexus Hotel. It was just lovely. We can’t recommend this hotel enough! All told, my first impression is that this city is huge and vibrant and bustling. Basically, my kind of city 🙂 . I can’t wait to explore more! [Mariam: Don’t worry – we will 😉 .] More in the next post!